Going Back to Work 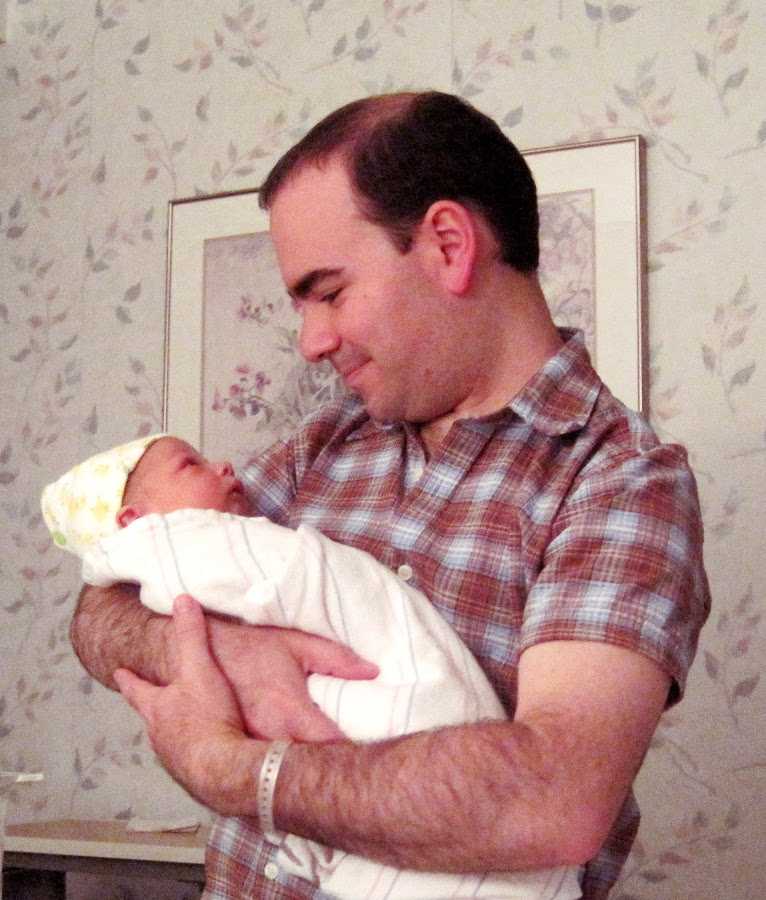 About a month ago I had the great fortune of having an amazing new person stumble into my life, ready to challenge by his very existence the way I think about myself and my role in the world. That person is my first child, a beautiful baby boy. Even at his young age he is already full of contradictions: At times, he studies the world with the attentiveness and calm of a philosopher, taking it all in without pausing to divulge what pearls of wisdom he has gleaned. By contrast, he is barely cognizant of his own internal state and it's taken weeks of careful observation to discern which cries are hunger, gas or fatigue. We have had to teach him how to eat and how to sleep, which has really driven home the point that literally everything he will know or do as an adult decades from now he will have to somehow be taught.

Two weeks after he was born I returned to the office to resume work. There was a pang of regret that I expect many a father feels at being away from his only child all day, but there was also something else I didn't expect: a new urgency, a ticking clock that wasn't there before. I'll elaborate in a minute, but first some back story.

Last year I was a computer game developer. There is a fair amount of truth to what most people assume about game developers: we spend a respectable portion of our time play testing games, the atmosphere is one of creativity, fun, and self-expression (relative to most software development teams), and in the end we have our share of fans because we are essentially in the same industry as Hollywood and record labels. There is also however a fair amount of dysfunction: unrealistic deadlines, dysfunctional corporate partnerships and licensing agreements, and a disturbingly high rate of failed studios and canceled projects. I could write a whole blog post on this subject. It's a shame, because I know from experience that games can elicit strong emotions, games can change attitudes, and most importantly, games can teach. This last point is important because it got me thinking seriously about how I could use my technical skills to make an impact in the field of education.

The observation that depresses me most about our education system in America is how little things have changed since I was a child. Students I speak to going to elementary, middle and high school now have almost the same experience in class that I did - they are taught the same subjects in the same ways. So, what is the problem? Just look at the rest of their lives: they carry in their pockets computers orders of magnitude more powerful than those of two decades ago, social networking connects them in realtime with their friends and family, and millions of videos (at least half of which are not cat-related) are free to watch anytime. The possibilities for learning have never been greater: Wikipedia dwarfs any encyclopedia or public library, you can visit many museums and art galleries virtually, thousands of books can be downloaded wirelessly onto a single portable reader, and many research journals are now publicly available online. Such massive technological changes in the world have been incredibly disruptive in many industries - finance, commerce, entertainment, journalism, health care, art, the list goes on and on. But no matter how much we all agree that these same seismic changes will eventually happen in education, as a society we have so far been too timid to experiment with new ways to teach our children.

Enter Khan Academy. Sal's project began very humbly, tutoring his niece in Math over the Internet. I have also tutored middle and high school students in Math, and there is a key insight I took away from the experience: the students who needed tutoring were not dumb, or slow, or stupid. Surprisingly, the thing they all had in common was a serious gap in their understanding of some basic concept. Over time they had developed an attitude of defensiveness and unwillingness to address the issue, especially if the key concept was several grade levels beneath them. As a tutor I found myself in the awkward position of trying to get someone through Algebra who didn't really understand the relationship between fractions, percentages, and decimals and who felt that understanding to be permanently out of her reach. What I saw Khan Academy doing was addressing both issues: By using videos, a student who needs basic concepts explained over and over can get that in the privacy of their room without feeling judged or rushed. And by encouraging self-paced learning, a student will not be tutored in Algebra until she has demonstrated a thorough understanding of the prerequisite concepts. Most importantly, I saw no other company that was experimenting with new teaching methods and reaching actual students. All these reasons convinced me that by joining this team I would have a positive social impact, and that is what I did.

By its very mandate, Khan Academy is disruptive. We put resources and tools out there for free, for anyone to use, and let schools who dare to experiment with new ideas and teaching methods come to us. The fact that schools and districts have actually done so is very encouraging to me, and it gives me hope that by the time my son reaches school age, schools all across the country will be experiencing a much-needed renaissance of creativity, experimentation, and progress. As a parent I want to encourage him to find his own interests, his own voice, and a love for learning for its own sake. Rather than being a conduit for dry instruction, schools can teach kids to be informed citizens and morally conscious people. This is far more important and difficult than conveying a specific bit of knowledge or administering a standardized test. Sure, it is counterintuitive to speak of online education as a key tool for unlocking the human element of education, but that is what I see in the pilot schools and in our community of students and teachers. There is a hunger for change, and as more startups appear to feed that hunger the change will accelerate.

The clock has been ticking for a long time, even though it didn't hit home for me until my son was born. It lights a fire beneath me to work harder at this job that I love, not just because of the wonderful people I get to work with but because we're working toward a common mission: to make education accessible and effective for everybody. This is not an abstract goal - in the next decade tens of millions of children will walk into their first classroom. How many will eventually go to college? How many will be able to compete in a global economy? How many will develop a lifelong love of learning?

As much as I would love to spend all my time staying home with my son, I take comfort in the knowledge that what we strive for every day is a brighter future for him and millions like him all over the world. I couldn't imagine a more rewarding way to spend my days.

P.S. Do you write code? Do you get goosebumps pondering the potential of technology to transform education and get a whole generation excited about learning? Do you enjoy freshly baked bread? We have a software developer position open! Email me at tom at khanacademy.org to find out more.