This past Friday, I shipped about a month's worth of extensive refactoring to the content editing infrastructure of the site. As with many refactoring projects, the best possible outcome would have been that no one would notice I'd done anything. The worst would have been visible breakage of the site for content authors or users. That launch was a success (whew!), and although it took a lot of effort and planning on my part to make that happen, I want to credit two powerful methodologies that ensured I wasn't working alone: unit tests and peer code reviews. I want to focus on code reviews here, because while the benefits of unit tests (especially in refactoring projects) are well-documented, I've found that subjecting code to peer review has subtly and unexpectedly changed the way I actually write my code. 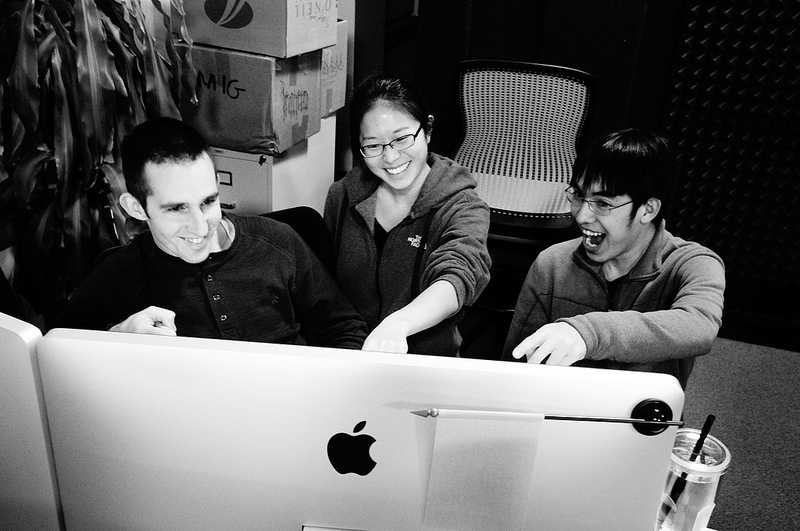 The exercises team might be having a little too much fun on this code review.

About a year ago, Khan Academy instituted a policy to peer review all non-trivial code commits. For coders who don't follow this regime, there are several benefits we were looking for:

It's worth acknowledging the obvious cost to reviewing every commit: time. Time that used to be spent writing, testing and committing new code is now taken up with conversation and iteration on already-written code. So is the net result a drop in productivity for the entire development team? Not necessarily. Let's look at the list above again:

I won't go much further with this argument; in my mind it's a settled matter that compulsory code reviews are a Good Thing and they have helped us in many ways as an organization. What I hope to share here is a surprising and totally non-obvious fact: code reviews have changed the way I design and write code for the better. 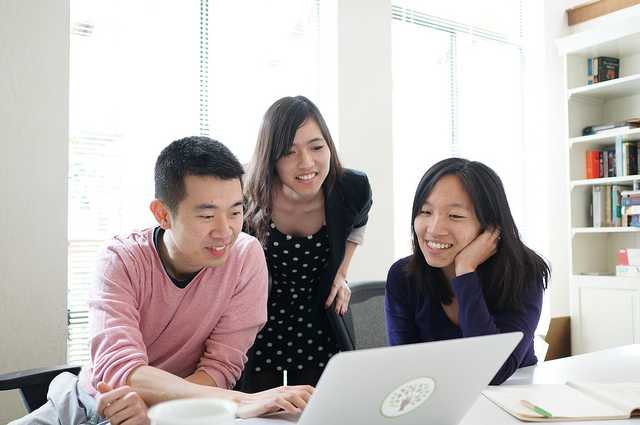 It's actually night-time in this photo. Such is the awesome power of teamwork at Khan Academy!

evolution of a code monkey

All the lessons I've drawn from this ongoing experiment have taken some time to understand and internalize. When we first instituted mandatory code reviews, I didn't notice any immediate changes. For trivial bug fixes, reviews are transparent: I make the fix, commit to stable, and send off the review after the fact. The fix might ship before the review is done, but bug fixes are high priority and that's OK.

Similarly for minor features: I make the change in a private branch, test and document, then send a review. Then there is a period of answering reviewer questions and iteration. In the meantime I might move on to other work, and when the review is accepted I merge to stable and deploy.

With larger projects and changesets, I began to notice breakdowns happening when I got to the review stage. Reviews were too large for reviewers to comprehend, or too convoluted to follow. By the time a reviewer responded to a review, I would have several more reviews open for subsequent commits, and it wasn't clear which review fixes should be assigned to. Reviewers were reviewing already-replaced or rewritten code. It became a real mess.

While it was clear what the problem was - too many and too large reviews - the solution wasn't obvious. I could cut the size of the commits, and stop to wait for reviewers before proceeding, but that would mean dramatically slowing my progress - a busy reviewer can take hours or days to thoroughly read an important review. Instead, I adopted (with lots of guidance from coworkers +Ben Komalo, Craig Silverstein, and Ben Kamens) some habits that enable me to get useful feedback on code reviews and use that feedback effectively. Here is what I learned:

I firmly believe that all of these techniques make my commit history easier for me and others to understand and make me more efficient as a programmer, and I probably wouldn't have adopted them if not for the practice of peer code reviews. I have also learned a lot about Python/JS/IE/life from my peers and maybe taught someone something they didn't know.

Even if you work alone or don't do code reviews in your team, perhaps you may benefit from these tips in your own work. If you do participate in code reviews, do you organize or think about your code differently to take full advantage of the review process? I'd love to hear from you.